The Johnston Family (my ancestors) and the Bell Witch of Robertson County, TN

If you are not from Tennessee, you may not know the story of the Bell Witch.  And, if you do not, the tale is worthy of a read.  My 4th great grandfather, James Johnston (1759-1851) and my 4th great grandmother, Rebecca Porter (1759-1802) , were central characters in this Tennessee legend.

If you are interested in reading more about this story, I recommend the Authenticated History of the Famous Bell Witch (1894), by M.V. Ingram.  This is a legend that put Adams, TN on the map in the early 1800’s.  Andrew Jackson even got in on the act when he spent the night with the Bell family in a well-documented account.

Johnston was a native of Pennsylvania who moved to Caswell County, NC..  Upon reaching adulthood, he joined the North Carolina Continental Line and fought in the Revolutionary War.

In the summer of 1780, Johnston married Rebecca Porter.  They had 9 children before her death in 1802.  In 1800, Johnston and his family moved to the Red River Settlement in Tennessee.  William Johnston, his brother, had moved to this settlement 20 years prior.  Johnston settled on 1,000 acres that was granted to him for his service in the Continental Army.  The farm was just east of Adams, TN and was on both sides of Sturgeon Creek.

Johnston was part of the Cumberland Presbyterian Church.  However, since there were no churches of this denomination in the area, he became a member of the Methodist Church.  James Johnston was a devoutly religious man.  The witch would frequently call him “old sugar mouth”.

James Johnston was the first person outside of the Bell family to encounter the witch.  He was a neighbor and friend of John and Lucy Bell.  Early in the story, Johnston and his wife spent the night with the Bells and encountered one of the most terrifying nights of their lives. Their bed was shaken, covers floated off the bed and onto the floor.  They were repeatedly slapped, pinched, and punched. At one point, James Johnston leapt off the bed and shouted, “In the name of the Lord, who are you and what do you want?” The remainder of the night was peaceful. 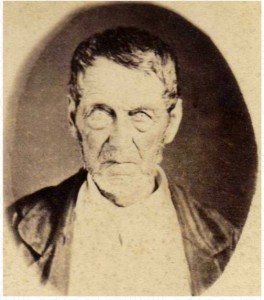 James Johnston’s son, John (my 3rd great grandfather) and his brother Calvin also had many encounters with the witch. 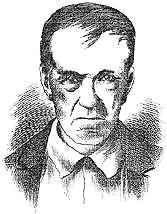 James Johnston’s son, John (my 3rd great grandfather) (1783-1874) and his brother Calvin also had multiple encounters with the witch.

John Johnston spent his childhood in North Carolina before moving to the Red River Settlement in 1800.  In 1810, he married Martha Johnston.  They had 8 children.  One of the children was Nancy Johnston.  She is documented as being the baby who was actually spanked by the Bell Witch.

Johnston was a member of the Tennessee Militia.  He fought in the battles of Horseshoe Bend and New Orleans.

John Johnston often sat up at night talking with the witch so the Bell family could sleep.  His brother, Calvin, is documented as the only person that ever actually shook the hand of the witch.

In one story about John Johnston, he asked the witch what his Dutch step-grandmother (in Caswell County, NC) said when one of her slaves did something wrong.  Being very dramatic, the witch went into accent and said “Hut tut!”

John Johnston’s tombstone in Adams, TN, contains a great reminder of our own mortality.  It reads: “Remember mortal man, as you pass by.  As you are now, so once was I.  As I am now, so you must be.  Prepare for death and follow me.”

Upon her departure, Kate announced that she would return in 1935.  However, there are no accounts of her return.  Who knows what actually happened in Adams, TN, in the early 1800’s?  These were very ethical people.  I think there has to be some element of truth that something unique and unusual actually happened.  But, you can probably chalk up some of it as “yarn telling” by people who loved to tell stories and needed entertainment in the evenings.