I am always looking for small ways to save money with stuff around the house.  It 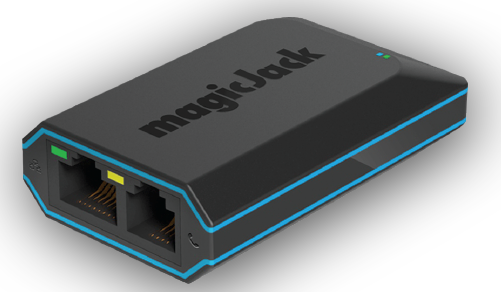 always kills me that people will get up at 3 a.m. on Black Friday to save $75 on a television but they won’t do the little things that save real money.  It is in that spirit that I went hunting for a new phone deal for the house.

I had my home phone through Time Warner.  Yeah, yeah, I know what you are saying… why even have a home phone?  I hear ya’.  But, the woman always makes the argument that the kids need to be able to dial 9-1-1 if someone is “man down”.  Okay, okay… fine.  We will make it happen.

I realized that Time Warner had just started gauging me more after a promotional plan had expired.  So, I was paying $15 for a phone and $4.00 for voicemail each month.  On top of that, I was shelling a few bucks for random fees I could not explain.  In the end, I was paying $25 each month for a phone that I hoped nobody ever used!  Madness!

So, I turned to Magic Jack.  Great little service.  If you go through Amazon, it only costs $52 for year one and $35/year after that.  When you go through the setup process, you can even opt to pay up from for the next 5 years ($99) and get 5 years worth of home phone for $20/year.

Super simple to install.  This is all there is to the installation:

Super simple.  And, the calls are very clear.  Just as clear as my old Time Warner phone.

From there, there is an online process for signing up.  It takes just a few minutes.

Also, this tip might help you.  If you are like me, your cable modem is not in the ideal location for where you want a telephone.  But, there is a workaround.  I picked up this new phone.  Keep in mind that Magic Jack only works on the phone attached to Magic Jack.  But, you can pick up a phone like this that just has wireless handsets (don’t have to plug it in to a phone jack).  And, it works like a charm.