Organic “under” attribution – the challenge for SEO programs

This article appeared on Search Engine Land back in July.  Although it isn’t completely scientific, it does seem to suggest that organic clicks are now flowing into the DTI/Navigational channel for sites that rely on Google for organic traffic.  This is a huge problem for most companies that want to understand the value of their SEO efforts.

Let’s start with the WHY.  Why are organic clicks being under-attributed and credited to other channels? 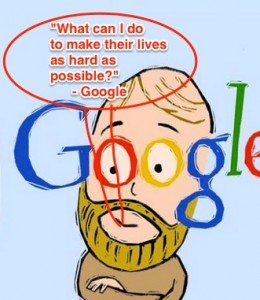 The answer to that question started back in October, 18 2011.  On this date, Google rolled out an update that encrypted search queries from users logged in to a Google account.  It was done in an effort to make search more secure. But, for SEOs and digital marketing professionals, the problems were just beginning.

Anytime a Google user was logged in to a Google account, the analytics platform for all sites could no longer track the inbound keyword query from Google.  This was a game changer.

In the beginning, the number of keyword queries that inbound tracking systems could not see was rather small.  But, over time, that number continued to grow.

And, over time, other browsers adopted new policies to encrypt search.  In March, 2012, Firefox announced a policy to default all Google search queries to https.  This, of course, increased the number of “Not Provided” keyword queries in analytics data for webmasters and marketers, everywhere.  Other browsers such as Safari followed suit.  And, in September, 2013, Google went a step beyond and encrypted keyword queries for all Chrome queries – not just queries originating from users logged in to a Google product.

So, that brings us to the present.  SEOs, marketers and webmasters are only getting keyword data for a very small number of search queries.  And, now, there is evidence that some organic queries and results are bleeding into the navigational/brand/DTI channel.

Where do we go from here?  How do we assess a potential investment in SEO?

Where does the madness stop?  The attribution challenge of organic into DTI/navigational really concerns brand queries in Google.  Non-brand queries are not really an issue – since, you don’t have any direct type-in non-brand traffic.  But, how do you keep from under-crediting SEO brand performance in the SEO channel?  That’s the central question to be answered.

As this article suggests, the easy/terribly challenging action step to take involves de-listing your site for some period of time and assessing the impact on brand/navigational traffic.  You could then apply your decline in brand over that period to organic and make the assumption that the lost traffic was likely traffic that should have been designated to organic.  But, as an SEO practitioner, I would not recommend de-listing your site from search engines for any period of time to benchmark performance.

With the most logical option set aside, here is what I would recommend:

Since brand clicks tend to mostly land on the home page, take a historical view of the relationship between navigational and organic clicks to the home page.  Have you noticed any sizable shifts over time as these policy changes were being made in Google, Firefox, Bing, Safari, etc.?  Did you suddenly see navigational increase by 10% in one month in 2012 and never go down – while SEO faced a corresponding decline?  This shift could be the result of the secured search changes.

Of course, you will still need to factor in any significant shifting in brand spend that might either drive up or drive down the navigational performance over time. And, I would use this over-time attribution shifting on the home page to provide some estimate of what you can credit back to SEO from navigational for attribution purposes going forward.