Story of the AOL Running Man & the Demise of AOL

I’ve always been curious about the origin of this.  But, here’s the story. 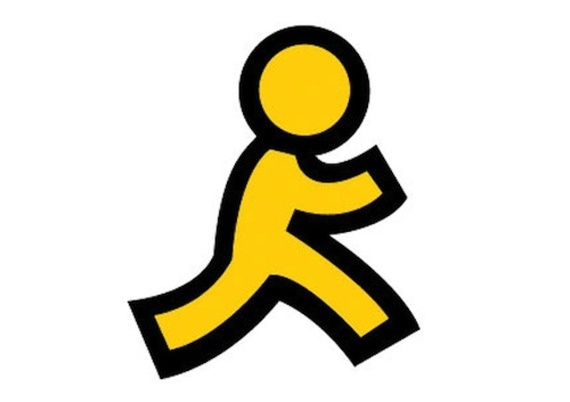 “The [running man] design came about because I was spending a lot of time looking at 1940s and ’50s postwar American logos and trademarks. If you go back to ’40s and ’50s logos and trademarks, you’ll see that there’s actually quite a few men that were used—a silhouette that either had curved legs or angular legs and a round head, in addition to the ones that looked quite a bit more stylized or looked really, really human. The running man was really inspired by those.

“If you go through the history of ’40s and ’50s design, you’ll see there’s a sideways man with a round head that was very similar. You can see that it looked very much like that. Back then, the brands were using a lot of anthropomorphic if not outright people figures. The brands were trying to communicate essentially that they were reliable, authentic, they had quality and personality. So they would have simple farmers or electricians or plumbers holding things. That was the core concept … to actually have a person holding the objects that stood for something [across the toolbar]. There were hundreds of versions. The idea was there was a man holding a pencil for ‘write email,’ a man holding an envelope for ‘read mail,’ a heart for ‘favorites.’ I went for something that was quite a bit more literal. Up until [right before launch], there were a lot more people holding objects. But at the very end we decided to take out some of them because some discussion and some other things going on, we decided to just dial down the number of people on the toolbar.

AOL has always been a fascinating company to me.  How could a company with so much of an advantage lose its market and its unbelievable lead?  I think AOL was a victim of their own success.  We all remember the days of getting a CD-ROM from AOL on nearly a daily basis in the mail.  The CD’s stopped coming but the revenue continued to flow.

This year, in an earnings report, AOL reported that they STILL have 2.3 million dial-up subscribers that pay $20.48 per month.  Yep.  That’s “dial-up”.  And, eventually, that’s going to die – even though those 2.3 millions subs bring in around 1/3 of the company’s sales but nearly all of the operating

But, if it’s 2001 and you keep reading about Broadband, you have to see the handwriting on the wall.  On the other hand, if you have 10X that number of subscribers and they are bringing in $20/month, that’s a hard business to leave.

I think this is an example of a company that is/was simply a victim of their own success.  Sometimes, you are at an advantage when you are new to a market.  You don’t have to deal with the crappy, legacy platform or the business model that limits your progress.  The new player simply has no fear of new models or attacking an industry in a new way.

But, for AOL, it’s unfortunate that they didn’t see the handwriting on the wall.  And, that is why they are dying a slow death.